There were several articles in the papers last evening which I found interesting to write about. All of them would make for a good commentary.

In the New York Times for example, it was revealed that Senator Mark Udall, a Democrat from Colorado wrote the following to President Obama, suggesting that the President knew of some questionable activity by the CIA an agency of the Executive Branch:

“As you are aware, the CIA has recently taken unprecedented action against the committee in relation to the internal CIA review and I find these actions to be incredibly troubling for the Committee’s oversight powers and for our democracy.”

The committee referenced is, of course, the Senate Intelligence Committee which is the oversight to the CIA.

Then, in the Sacramento Bee, there was an article about Vladimir Putin looking to rebuild a confederation of sorts with some of the former Soviet states, especially 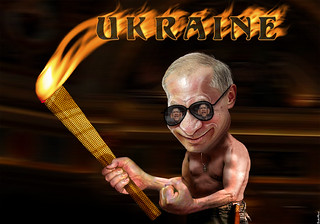 with those to the south, under a “Eurasian Union”. I wrote about this on February 25 in my commentary “The Ukrainian Coup d’état”  .

Or the fact that Putin was nominated for the Nobel Peace Prize for his role in “resolving” the Syrian chemical weapons usage and potential hostilities with the US over this issue.

What prompted me to write this commentary was an article sent by one of my Twitter followers from Investor’s Business Daily which overviewed our dependence on Vlad to let us hitch a ride to the space station, for millions of dollars per trip just so we can be a junior partner in space exploration when we were once the leader just three years ago.

With the nightmare ongoing in Ukraine, Putin holding the cards on allowing us to continue to hitch hike a ride and all our shuttles mothballed and rusting in museums, the earliest we could be back in the space business, with our own program, would be 2021 and that is with absolutely no development problems.

For 50 years we led the way. Now, NASA is searching for climate change and endangered species in the Mojave Desert. That is such poor usage of our most prestigious, peaceful agency.

JFK gave us a challenge to lead the way and make great accomplishments. Now, we are playing follow the leader. Just so you know, we are a distant last.

Kennedy is turning in his grave.