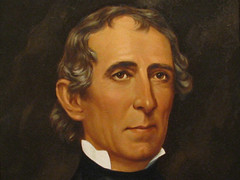 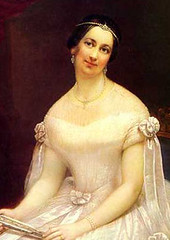 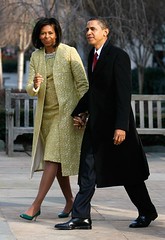 Credit markets dried up and tens of thousands of people were left in poverty. The President could not solve the economic mess (or did not have enough time for the economy to right itself) and the office he occupied was going to be an easy target in the upcoming Election. Land values soared. States splurged on new programs. Then it all went bust, bringing down banks and state governments with them. This wasn’t America in 2011, it was America in 1841, when a now-forgotten depression pushed eight states and a desolate territory called Florida into the unthinkable: They defaulted on debts. Generally, the Northern states of Illinois, Indiana, Maryland, Michigan and Pennsylvania were unable to pay debt service for bonds they used to build canals and other infrastructure improvements. Arkansas, Louisiana and Mississippi in the South, along with the territory of Florida, ran into trouble when state-backed banks for large landowners became insolvent. The incorporated, fractional-reserve banks of the states were the chief cause of the inflation previous to the panic, and Jackson’s state-bank depository system was a secondary cause. Had the United States had a sound banking and monetary system founded on 100 percent specie reserves, the fall in cotton prices and the drying up of British credit would have been a mere temporary inconvenience and certainly would not have led to a calamitous panic, followed by a brief recovery and then a second panic and a four year business contraction.

William Henry Harrison believed in a national bank, the supremacy of Congress to the President (which meant almost no vetoes), Federal funding of internal improvements, reform of the spoils system, and a promise to serve one term. He picked a Cabinet and planned to have all major decisions ratified by its members. The one thing that was not planned for is that he died of pneumonia 31 days into his term. This was a major fly in the ointment for Henry Clay and the whigs who now controlled the Congress.

John Tyler, 51, is the youngest man to become President up till now, and this is the first time that a President had died while still in office. Tyler quickly became the Whig’s choice as Harrison’s running mate because Tyler’s strong support in the South offered geographical balance to the ticket. In addition, Tyler could be marketed as genteel in comparison with Harrison’s rustic image – elite Old South compared to Harrison’s populism. He would appease the states’ rights, proslavery wing of the party and help carry the critical state of Virginia. They hoped Tyler would prove pliant. However, Tyler was a former Democrat with Jacksonian beliefs. His ideology was completely antithetical to the Whig Party. He opposed the Whig economic program and quickly proved a thorn in the side of his own party.

Henry Clay passed the Whig legislative agenda through Congress. In response, Tyler vetoed most of Clay’s work. Tyler’s vetoes shocked the Whigs and amused the Democrats. On two occasions, he nullified bank bills. The national bank was the cornerstone of the Whig economic program. Clay adjusted the first bill to meet Tyler’s objections. That did not make any difference to Tyler and he vetoed the second bank bill.

Following the second bank veto, most of Tyler’s cabinet resigned in protest. Henry Clay engineered the dramatic act hoping to force Tyler’s resignation. However, Tyler stubbornly stayed on. Secretary of State Daniel Webster also refused to resign. He did not want to seem like Clay’s puppet and needed to finish an important treaty resolving border disputes with Britain. Once he completed the Webster-Ashburton Treaty, Webster resigned.

Since the president refused to resign, Clay expelled Tyler from the Whig Party. Tyler literally became a president without a party. At this point, Henry Clay claimed the 1844 Whig Presidential nomination. Tyler spent the last two years of his presidency fighting with the Whig Party while the Democrats watched in amusement.

Ironically, Tyler demonstrated that a President without popular or party support could exercise Jacksonian types of exclusive powers and privileges. The Whigs could not get their national bank, their high tariff, or their distribution bill to give the proceeds of the sale of public lands to the states for internal improvements. Henry Clay proposed a constitutional amendment so that Congress could override the President’s vetoes by a majority vote. Neither this amendment nor proposals to impeach Tyler could pass Congress. Tyler could not set domestic policy, but he demonstrated that a President willing to exercise his constitutional powers could block a congressional majority from doing so as well.

Andrew Jackson, still wielding considerable power despite being long retired at his home, the Hermitage in Tennessee, sent word to Tyler. If the President withdrew from the 1844 race, Jackson told Tyler that he would at least have the pleasure of taking Clay down with him. Tyler and Polk might split the vote and hand Clay the White House, but in a two-candidate race, Clay would have no chance. Tyler withdrew in late August and threw his support behind Polk, and Polk managed to win by a narrow margin.

Amidst these troubles in his administration, Tyler had to deal with personal tragedies as well. His wife, Letitia, had been ill for some time, and in September of 1842, she died from a stroke. After just five months, he began courting the most beautiful and sought-after socialite in Washington, D.C., Julia Gardiner. Julia was twenty-two, thirty years the President’s junior and younger than some of his seven children; the match distressed several of them. As a young woman she was described as being “flirtatious, prone to be indiscreet, and very daring”, and after her social debut at age 15 she had numerous gentleman callers, reportedly including naval officers, a Supreme Court Justice, and at least two members of European royalty. The second Mrs Tyler had seven children with her husband, which, in addition to the eight children from his first marriage, made him the most reproductive of all American Presidents. After his Presidency, they retired to his plantation, called Sherwood Forest. Tyler, born during the presidency of George Washington, fathered his last child at age seventy, and the last of his offspring would live into the Truman presidency.

I take some pleasure from reading the history and knowing that our nation has went through some real hard times, survived the hard times, and grew stronger. I know some will point out to me that the issues now of over-extending ourselves for the purposes of making good on unsustainable pension promises and health care provisions are a lot different from federal government supplying money for the building of roads and canals and boondoggles. This is true, but what is timeless is the human political condition. They really hate it a lot more than we conservatives can imagine when Obama did not raise the taxes on rich people. I think he would be expelled from his party if he joined with conservatives on a proposal for a less complicated much less progressive Federal income tax. Taxing the rich is a cornerstone of today’s Democratic Party economic program along with protectionist trade policy. They grudgingly gave Bill Clinton a pass concerning NAFTA, but Obama can’t talk like Bill can. Do not believe any of the talk about him moving to the middle. It is not gonna happen.

The China Syndrome- There They Go Again

4 Reasons Why the MSM Botched the Tuscon Massacre, and Why they Owe the Victims and Sarah Palin an Apology